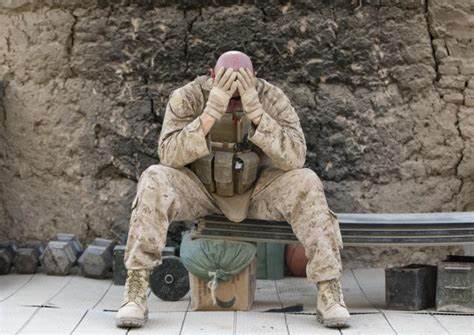 Many years have passed, but the memory is strong.  The musings from that day are still true.

I was in our back yard.  The grass was cool under my bare legs.  Overhead, the canopy of leaves from the pecan tree whooshed softly as the summer breeze tickled them into motion.  Nearby, two doves cooed a love song to each other.

Lulled into that dreamy state between consciousness and sweet sleep, I rested a hand on the open page of my book and leaned my head against the tree trunk.  My eyes finally grew too heavy to stay open another second . . . nothingness.

Then . . . BANG!  The back door of the house slammed shut, and three little soldiers invaded our backyard, declaring war on my peaceful afternoon.

My seven-year-old Jonathon and his neighborhood comrade-in-arms were clearly the leaders in this G.I. Joe war.  But my three-year-old son Dane was making his fierce presence known.  No one could convince him that he wasn’t as old as his big brother.

Wide awake now, I watched them charge the make-shift fort in the back corner of the yard.  Well, the older warriors charged.  Dane ran as fast as his stubby little legs could go, trying to keep up with the big boys.

I went back to my book.  No more rustling of leaves or cooing of doves.  All I heard was the sound of war.  Plastic G.I. Joes fighting the bad guys.  Booms of artillery and the rat-a-tat-tat of machine guns; sound effects courtesy of the little boys doing the actual fighting.  Soon their faces were smudgy with dirt and sweat.  They were having a blast!

Later, Dane shoved my book aside and plopped into my lap.  “Mommy,” he said in a little boy voice, all soldierly bravado gone, “I’m tired.  I don’t wanna be a soldier right now.”

The bluster and courage and big boy fight in him were gone.  He was all done in.  He dropped his toy soldier on the ground.  Minutes later, he was asleep in my arms.  I cuddled him and kissed the top of his head, knowing that as he grew older, there would be fewer chances like this.  He was three, going on twelve.

A while later, with a blood-curdling cry, Jonathon and his fellow soldier ran past us in their quest to conquer another corner of the yard.  Dane awoke with a start from his catnap.  He grabbed his G.I. Joe and ran after them yelling, “Hey!  Wait for me!”

He was ready to be a soldier again.

This memory reminds me of myself.  No, I don’t play with G.I. Joe figurines.  But I am a soldier who engages in spiritual battles on a regular basis.  The Lord Jesus Christ is my commander.  Satan is the most evil of enemies.

My arsenal does not include guns, but I do have armor.  I also wield a sword, the sword of the Spirit which is the Word of God.

“Finally, be strong in the Lord and in his mighty power.  Put on the full armor of God, so that you can take your stand against the devil’s schemes.  For our struggle is not against flesh and blood, but against the rulers, against the authorities, against the powers of this dark world and against the spiritual forces of evil in the heavenly realms.  Therefore, put on the full armor of God, so that when the day of evil comes, you may be able to stand your ground, and after you have done everything, to stand.  Stand firm then, with the belt of truth buckled around your waist, with the breastplate of righteousness in place, and with your feet fitted with the readiness that comes from the gospel of peace.  In addition to all this, take up the shield of faith, with which you can extinguish all the flaming arrows of the evil one.  Take the helmet of salvation and the sword of the Spirit, which is the word of God” (Ephesians 6:10-17).

The weapons of my warfare are not natural weapons of the world but are “mighty in God for pulling down strongholds…” ( 2 Corinthians 10:4).

My battles are fought through the power of God . . . but they are still hard.  I have battle scars that only Jesus sees.

And sometimes . . . I just want to put down my sword, crawl into the lap of my Heavenly Father, lay my head on His chest, and whisper in my little girl voice, “Abba, I’m tired.  I don’t want to be a soldier right now.”

In those moments, Heavenly Father welcomes me with love.  He puts His arms around me and holds me close.  After basking in His refreshing presence for a time, I am strengthened.

The little girl is once again a soldier in the army of God.  I am ready.  I straighten my armor, pick up my sword, straighten my shoulders, and go forward to do battle, in the name of the Lord.